A corporate inversion (also called a tax inversion), is a restructuring process where a foreign company is created in a more favorable tax jurisdiction, and the currently operating parent company is completely purchased by the foreign company. In this way, the original parent becomes a subsidiary of the foreign parent, thus moving its tax residence to the foreign country. Businesses may choose to do this not only to relocate operations overseas to reduce their income tax burden, but also to gain preferential access to additional markets, labor pools, and generally to gain more flexibility when operating internationally. But primarily, corporate inversions benefit shareholders because inversions typically have a positive net benefit as the reduction in corporate income tax exceeds the shareholder’s personal tax liability. When combined with a residency package for the shareholders themselves, the benefits can be significant – especially when relocating to a special economic zone such as Bitcoin City, or throughout El Salvador where there is a ‘territorial tax system’ (i.e. no taxes on foreign income) and otherwise the business and personal income, municipal, payroll, property, and capital gains taxes are zero!

Let’s explore what structures are available to you in this new economic zone. Companies in El Salvador can take on various legal forms, depending on their business needs and requirements. Typically 3 types of legal entities are established in El Salvador: Limited Partnerships, Corporations (S.A. de C.V.), and foreign branch offices. Limited Partnerships work best for specialized small firms, like law firms or medical practices. Foreign branch offices allow for international businesses to operate here while keeping their tax residency overseas. But the Sociedad Anónima de Capital Variable (S.A. de C.V.), which is a limited liability corporation with variable shares, is the most widely used legal entity among foreign and local investors.

One great advantage of this legal entity type is that the shareholders can indicate several business activities during the registration process, even though only a small number of those are ultimately executed. Up to 100% foreign ownership is allowed, and the company can sponsor foreign employees, but at least 90% of the employees must be locals. There are no capital controls and the minimum share capital is quite low – only $2000, which must be verified by an independent auditor. Finally, there must be at least two shareholders, and a fiscal address and local legal representation is required. 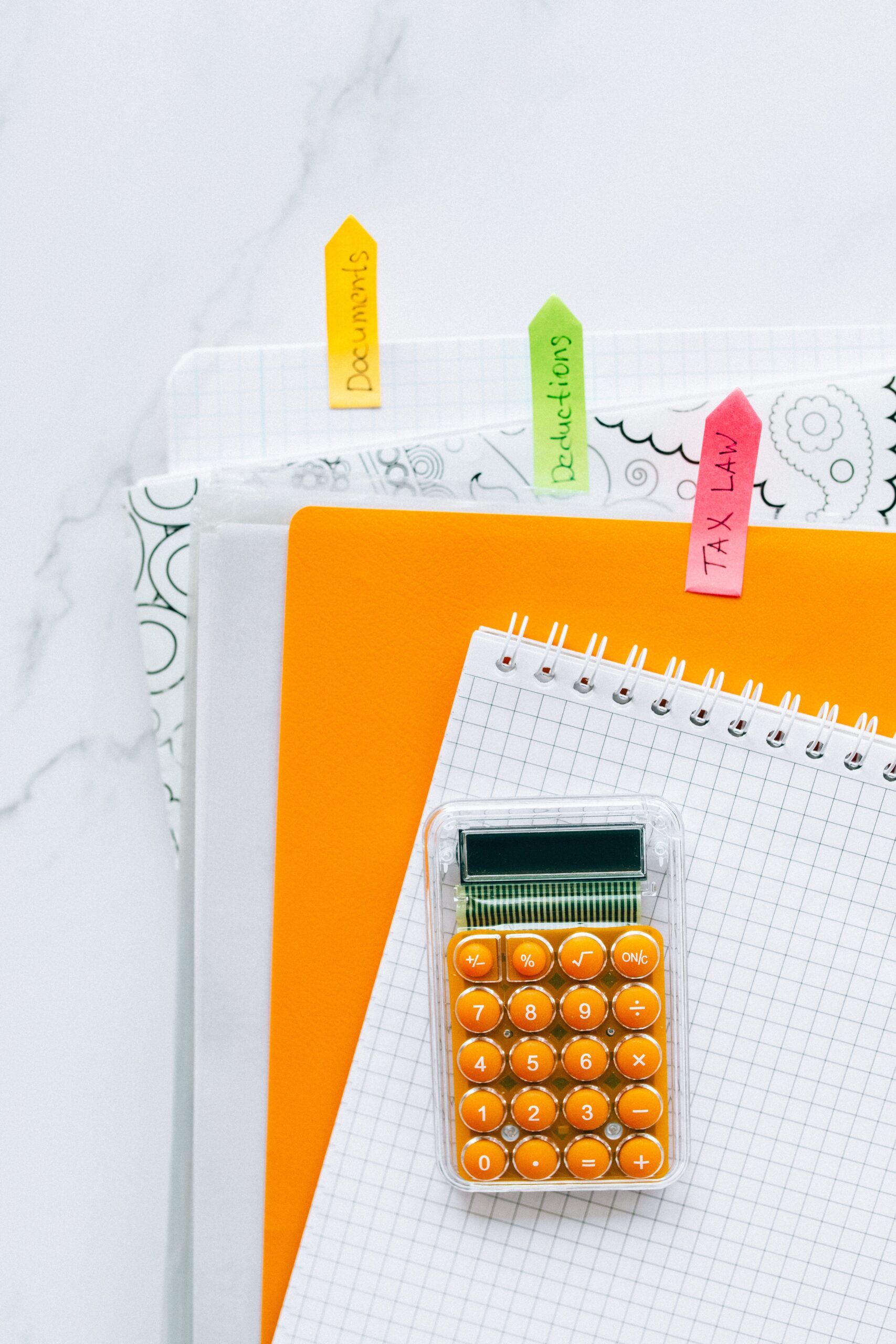 We’ll begin with the creation of the S.A. de C.V.

1. The Principal(s) (existing business or new shareholders) must establish three options for a company name not already in the Commercial Registry. Due to the fact that the vast majority of business names in El Salvador are Spanish, most English options will be available, but it is still necessary to conduct due diligence around similar names to avoid potential future conflicts. Once established, the name and relevant marks should also be registered as Trademarks, which is a separate process.

2. The Principal(s) should identify the business activities the company will engage in (aka ‘Corporate Purpose’). It is recommended to list as many potential activities as possible, since you aren’t required to engage in all of them, and adding more later requires additional registry.

3. Our team will generate various Powers of Attorney to draw up the necessary forms and obtain local tax ID numbers for shareholders. To do this, we will require high-resolution copies of the ID page of your passport, documents that prove the legal existence of the company (company statutes) and certification of the legal representation of the company if the Principal(s) are legal entities and not natural persons. The Powers will need to be witnessed by a Salvadoran notary (all Salvadoran notaries are lawyers, but not all Salvadoran lawyers are notaries). This is easiest to do while you are ‘in-country’ but if you are abroad, you may visit a Salvadoran embassy or consulate, where this service is offered for a fee. The original documents must be returned by post, as facsimiles aren’t sufficient.

4. Our team will pay 25% of the share capital into a certified check, drawn by a local bank to serve as a temporary security for the business. This transaction may also be performed ‘in specie’ using Bitcoin, but the use of US Dollars is highly preferential, due to market volatility and the current wording of securities law in El Salvador.

5. Our team will create, and the Principal(s) must sign, the company ‘Constitution’. Procedures for obtaining these signatures are as described in paragraph 3 above.

6. Our team then registers the company Constitution, bylaws, initial balance, audits, and additional relevant documentation and obtains the license of commerce.

7. Our team will then obtain a local company tax ID number (also known as NRC).

8. Our team will open the corporate bank account. Again, this requirement may be satisfied with Bitcoin held in trust by the corporation, but the use of US Dollars is preferential at this time for the reasons listed above.

9. Our team then deposits the required minimum capital to activate the corporate bank account.

10. Finally, our team registers the company with all relevant government authorities.

Upon completion of the registration, we will compile all the forms, affidavits, registrations, minute book, share issuance log, El Salvador share certificates, invoices, and receipts into a corporate book for delivery to the Principals abroad, or kept in our offices for future use. 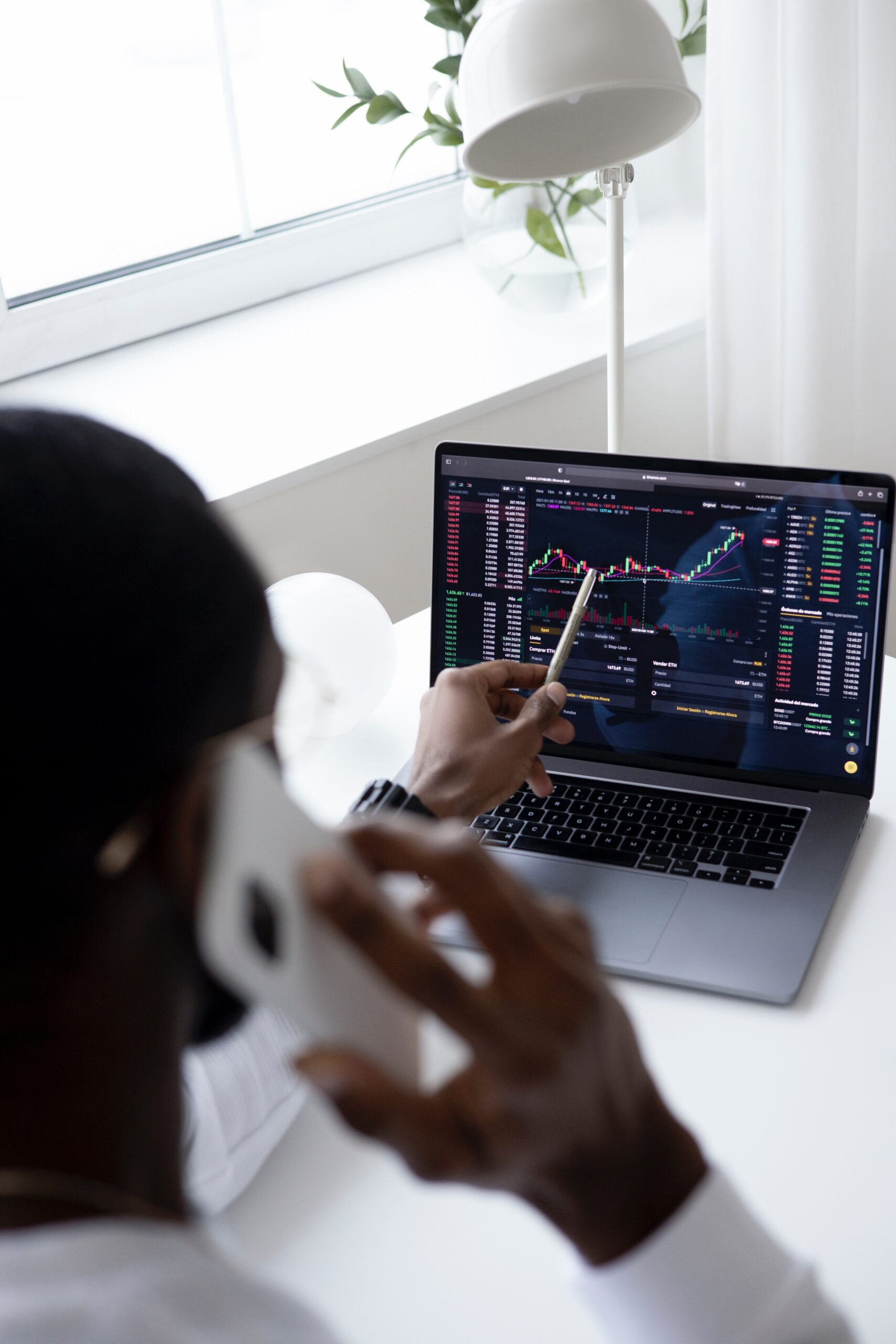 Preparing the existing business for the inversion

1. Identify the entire holdings and current valuations thereof for the existing business and include them in a statement, preferably authenticated by an accountant in the original jurisdiction.

3. It is highly advised that the Principal(s) resolve any outstanding tax liability and request a statement thereof from the relevant authorities concurrent to the date of the proposed sale.

Preparing the new business for the inversion

1. Prepare a ‘Share Purchase Agreement’ in El Salvador. A Salvadoran attorney is required and the Agreement must be prepared on Protocol Paper.

2. The Agreement must be translated by a certified Salvadoran translator if the Principal(s) are not Spanish speakers or the country of original jurisdiction is not a Spanish-speaking country, and witnessed by a Salvadoran notary.

1. The Principal(s) of the existing and new businesses must execute the Agreements concurrently, and, depending on the requirements of the original jurisdiction, a notary or person of standing from that jurisdiction may be required to witness the signatures.

2. The Agreement must be translated by a certified Salvadoran translator if the Principal(s) are not Spanish speakers or the country of original jurisdiction is not a Spanish-speaking country, and witnessed by a Salvadoran notary. 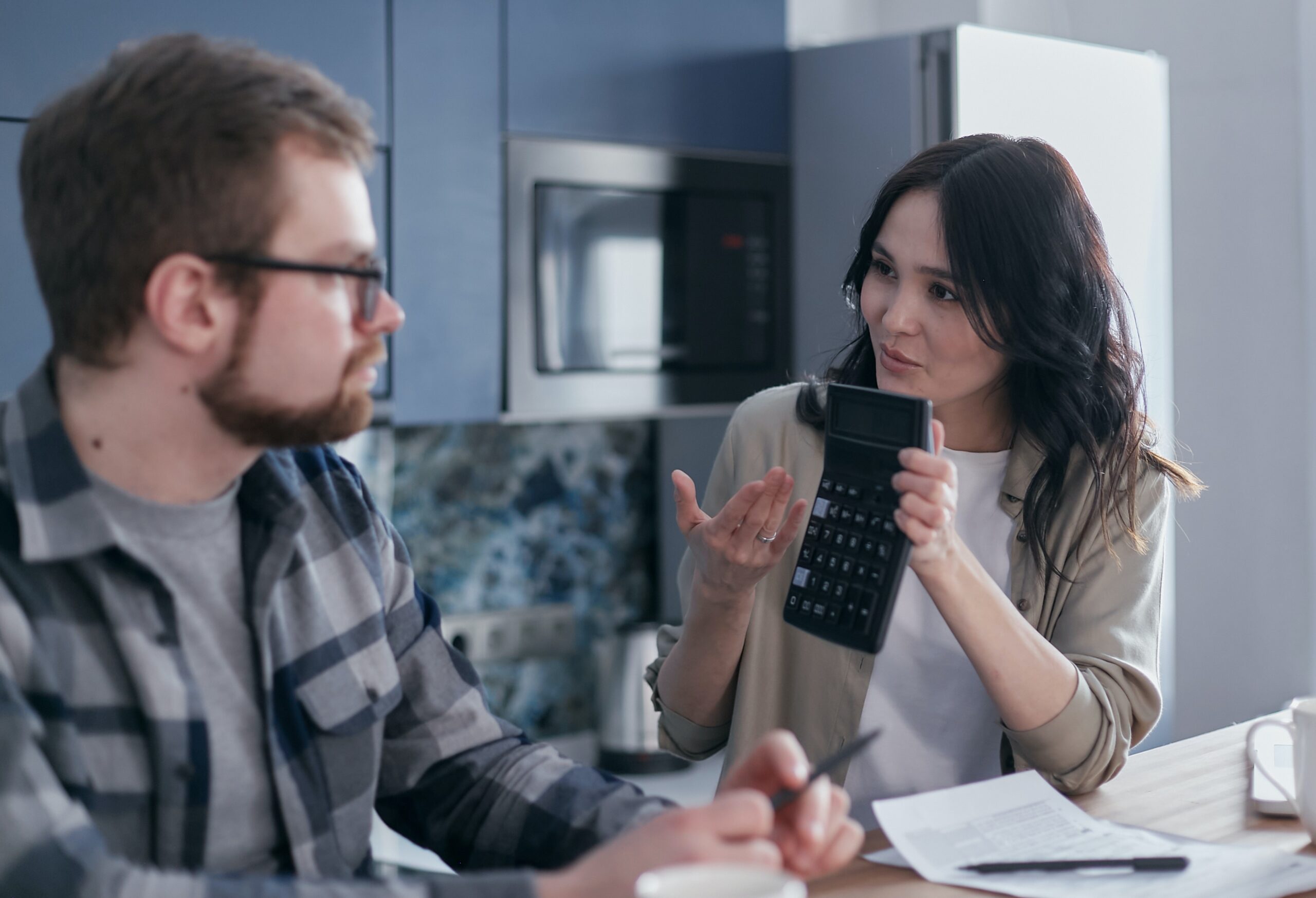 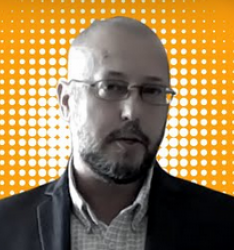 Jeremy
Advisor at Escape to El Salvador
Jeremy is an advisor to Escape to El Salvador, a community of professionals brought together for a single mission: to help you apply for legal residency and citizenship in El Salvador. Prior to that, he volunteered at a Bitcoin Help Desk, where he offered free support installing and running nodes, and hosted several 'hackdays' including for the Blockstream Satellite. He is also an open source contributor to the Raspiblitz, and other Bitcoin-related projects.

Latest posts by Jeremy (see all) 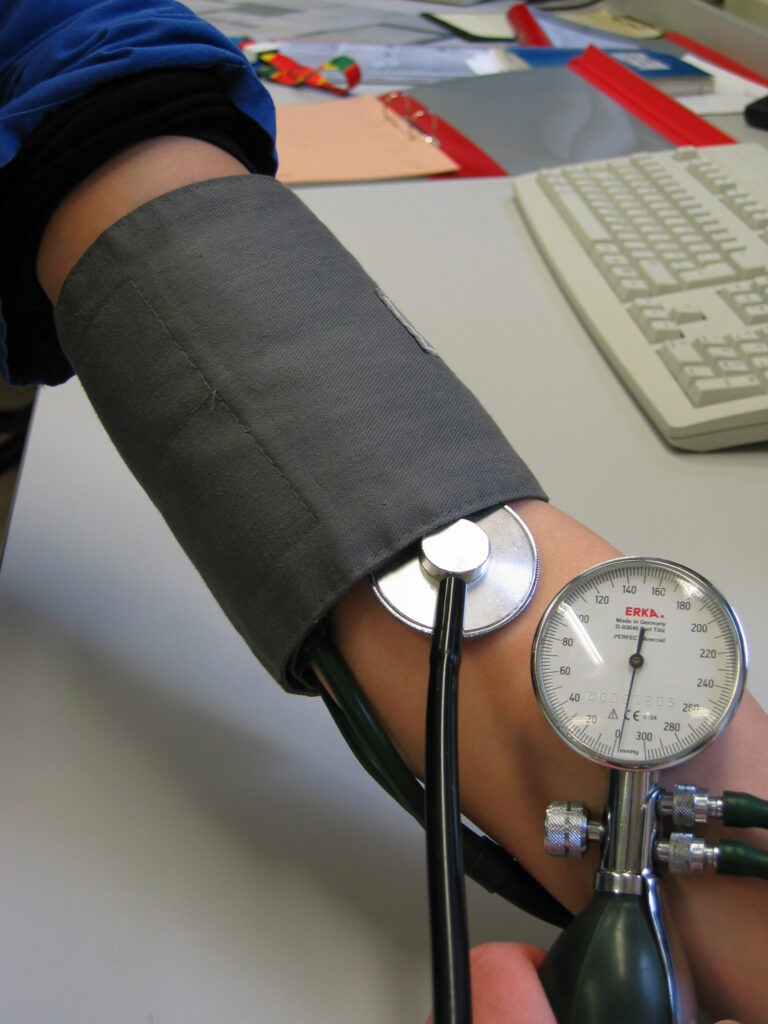 El Salvador is a safe place for healthy people to visit, but out of an abundance of caution… 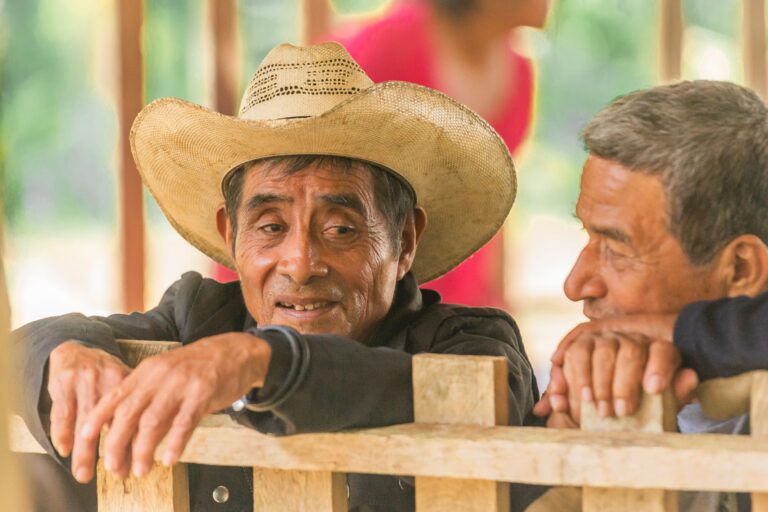 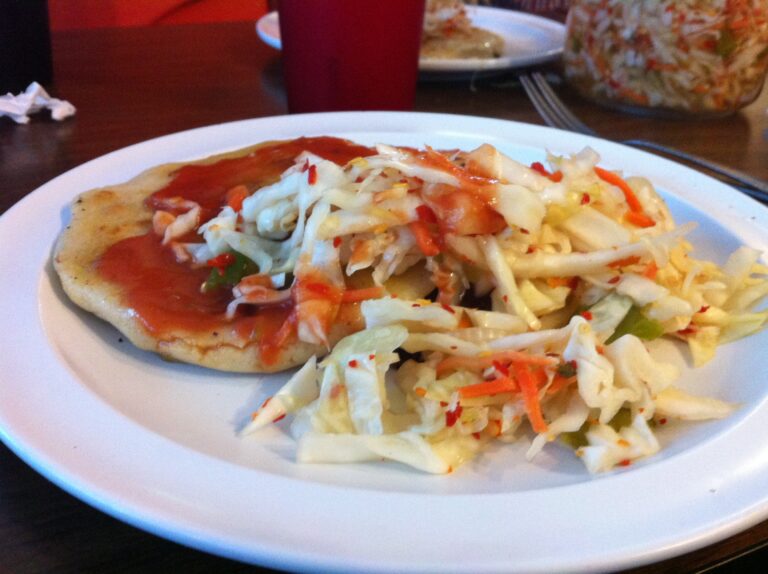 CHOOSE A WALLET   Breez or Muun are great for beginners: More advanced users may explore the following… 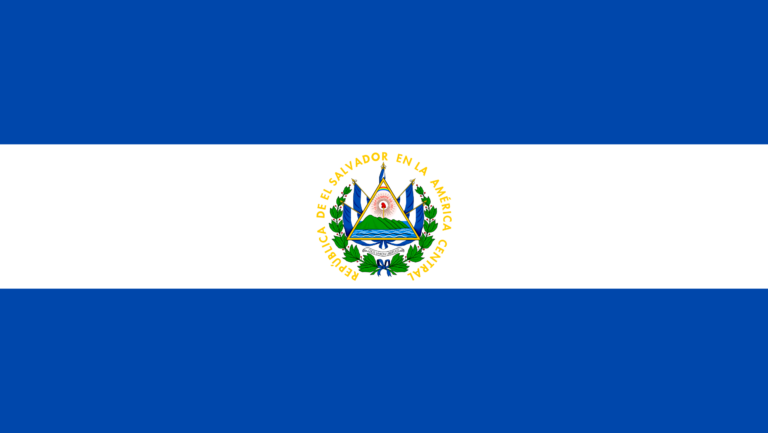 That’s right, we’re live and coming to you from the tropical paradise of your dreams – a land…